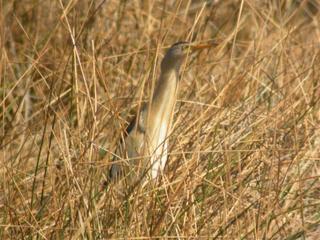 
The officers and employees of these organisations are, inevitably, severely overworked and may not welcome an inundation of letters, emails and telephone calls. This, however, is no excuse for not making your voices heard and opinions known; there will not be a second chance, and time is running out very quickly.
If you are a member of the RSPB you should be aware that part of your subscription is going towards financing BirdLife International partnerships (in this case SPEA), and you have the right to have a say in what is to be done.
If you are a regular or even just an occasional visitor to Portugal and your passion is for the wonderful but ever-diminishing natural environment and its fabulous wealth of resident and migratory birds then please consider supporting SPEA by becoming a member; €22 per year is a very small price to pay to help protect Portugal’s birdlife.

“The Friends of Pera Marsh”


The following statement was issued jointly by the RSPB and SPEA


Brief Introduction about the Lagoa IBA

The Lagoa dos Salgados is a well-known coastal lagoon, one of the few wetlands in the western Algarve coast. This site is extremely important for birdlife, including breeding little bittern (4-6 pairs), purple heron (3 to 7 pairs) and ferruginous duck (1-2 pairs, the only breeding site for this species in Portugal), while black-winged stilts and purple gallinule are common (6-10 pairs breeding, up to 85 in winter). In total more than 150 bird species have been seen there. Accordingly, the site as been recognised by SPEA (BirdLife in Portugal) as an Important Bird Area (IBA). However, the lagoa lacks of any legal protection status.
In the last couple of years Lagoa dos Salgados has received a lot of attention in both the Portuguese, the UK and the international press.

The east side the lagoon is already limited by a golf course, and behind it a massive development (Heredade dos Salgados) is under construction. Contrary to what many people believe, this golf course is not taking it's water from the lagoon. The lake (and incidentally this golf course) receives most of it’s water from a sewage treatment plant upstream - without this plant, the wetland would not exist today as we know it.
West side of the Lagoon
On the west side of the lagoon there is still a vast (> 200 Ha) , idyllic expanse of fields and shrubs, just behind the protected coastal dunes, rich in bird life, particularly migrant and wintering passerines. It is on this greenfield site that a company wants to build a rather big tourism project, comprising 2 hotels, dozens of villas, and a surrounding new golf course. They had bought this land 4 years ago, and are thus seeking to cash on their investment. The planned development totals 10,500 beds – as a comparison, the Silves council has a total of 30,000 inhabitants! This new development would not destroy the lagoon, but would reach right to its edge, and does not plan to include any buffer zone between the open water and the projected golf course.

A planned development threats the site

Plans to build in this pristine site have led to a big outcry in Portugal and elsewhere. Many British birdwatchers, who regularly birdwatch around this site while on holiday in the Algarve, have written to us and to others about the impending threat. Press articles have been written, and regularly we are contacted about this issue.

During the last 12 months, both SPEA (BirdLife in Portugal) and the RSPB (BirdLife in the UK) have been very active on the case. Most of this work has involved policy and advocacy actions to try to find a solution that will secure the conservation of all the natural values that make this site so special. Recently SPEA, the RSPB and a local NGO called Almargem have held a series of meetings with all the relevant stakeholders in the Algarve, to get the latest round of information and emphasize SPEA’s and the RSPB’s concerns and position regarding the future of the site. This briefing serves to update and circulate information to all that have expressed in the past some interest about this issue in the past.

As far as SPEA and the RSPB are concerned, the ideal solution would be to declare and manage the area as a Special Protected Area, under the Birds Directive – the site does not have any dedicated legal protection status now. BirdLife considers that all IBAs qualify as potential SPAs. SPEA has tried to lobby for the protection of this site under the Birds Directive. However, the Portuguese Government has publicly announced they’ve no intention to add new SPAs to the existing network. In Portugal (and elsewhere) SPAs are strongly disliked by mayors, local councils and politicians as they are seen to limit development and progress. Portugal will go through a long and complex electoral period, including three major elections in 2005 and 2006, so there is no political will to take this unpopular measure. We believe this is bad news for nature in Portugal, so we continue to lobby in order to shift this situation.

What do other institutions think about the proposed development?

Silves Council,
They are fully supportive of the new development on the west side of Lagoa dos Salgados. Local council budgets are mostly dependent on taxes levied on construction.
SPEA and RSPB have repeatedly raised their concern on the impacts of the planned development on the biodiversity of the lagoon, and have requested from the developers some flexibility to adapt their project to the ecological needs of the site.
CCDR- Algarve
The main reason why this development is not yet under construction is because the regional land planning agency (CCDR- Algarve) has formally rejected the planned development, not only because there was a problem with an excessive number of beds, but mainly because the new golf course would be below the historical flooding level of the lagoon. CCDR- Algarve has therefore requested the developers to plan the boundaries of the new golf course above this water level, which would reduce considerably the area available for construction, and would secure the survival of important marshland and farmland habitat around the lagoon.
Aguas do Algarve and the new Sewage treatment plant
Another major threat to the site comes from local water politics: the current sewage treatment plant that is feeding the lagoon will soon be substituted by a higher capacity plant already under construction. The current plant does not have capacity and technology to cope with the volume of water needed, and so the water reaching the lagoon is of very poor quality, which often result in severe episodes of botulism that have caused severe bird mortality, particularly in the summer. Also, with the spring rains, the existing golf course is sometimes partly flooded by foul-smelling water, and so for a few years the golf course owners took the initiative to open the lagoon to the sea by themselves. Often they did this in May and June, during the breeding season, with massive impacts on the breeding birds. In the last couple of years this situation was corrected, after many complaints about this state of affairs. The regional land planning agency (CCDR- Algarve) has stepped in and now opens the lagoon to the sea a couple of times every year, during the winter, to mimic a natural process and prevent the accumulation of badly-polluted water in the marsh - a perfectly sensible conservation management action. SPEA and RSPB receive every spring many letters claiming that the marsh is regularly drained - this is not the case!
The main problem is that the original project for the new water treatment plant does not include any structure to send treated water to the lagoon, even though the amount of water to be discharged by the new plant will be much higher – most of it will go to the sea through a submarine outflow, while the nearby golf courses will receive some water after tertiary treatment.
SPEA and the RSPB have met the directors of the company managing all waters in the Algarve (Algarve Waters), and evaluated all possible alternatives. The Environmental Impact Assessment for the new plant is also now starting, will run parallel to it’s construction. Both SPEA and the RSPB will make sure that the needs of the lagoon will be taken in consideration, thus imposing a major change to the original project, and securing that the lagoon will receive the needed water in the future.
Recent meetings with stakeholders
In November 2004 SPEA and RSPB staff have met with all stakeholders (Algarve Waters, Silves Council, CCDR and the developers). It was positive to see that virtually all recognised the ornithological importance of the site, and accepted SPEA’s capacity and position, and all confirmed they would like to see the continuing existence of the Lagoa dos Salgados, including the developers. More importantly, we have also obtained in the latest round of meetings a sincere compromise from the developers to analyse our proposals (see below) and eventually re-formulate their project.
Our next steps
The challenge is to find a compromise solution between differing expectations, since all stakeholders want different things: the Silves council just wants the whole thing to be finally approved, the developers want the lagoon (which they think will add value to their resort) but do not want to reduce the area for construction, the CCDR wants the flooding limit respected, while Aguas do Algarve can send water from the new water treatment plant as far as someone pays for it!
The RSPB and SPEA are now going to do a quick assessment of the biodiversity importance of the immediate surroundings of the lagoon, considering the local hydrological regime. This study will use the vast wealth of information collected so far about the site, as well as the data from a host of competent local Portuguese birdwatchers and scientists that have been studying the lagoon for years. The final report (due by Spring 2005) will be submitted to all stakeholders for consideration.
The future of the Lagoa dos Salgados rest on this complex, intricate and political mire. Both SPEA and the RSPB have got plenty of work ahead, but we hope that the current dialogue will bring a brighter future for the site.
Last, but not least, we would like to thank you again for your support. All the records so far collected about the site (many included in all the letters that British birdwatchers sent in response to the pleas and alerts published in several magazines) have been included in SPEA’s annual assessment of the Portuguese IBAs. Let us assure we are doing all we can on this issue, and please feel free to contact us with any other issues you may have.

If we get 40,000 signatures on this petition, we can get the matter raised in Parliament

Colin
Mexilhoeira Grande, Algarve, Portugal
I retired early from my job as a Senior Lecturer in geology at University of London, totally fed-up with the way in which Higher Education at U.K. universities was prostituting itself to gain funds at the expense of academic excellence. After moving to the Algarve in 1997 there was a resurgence in my love of wildlife and birds in particular. I have become very involved in the Portugal birding scene but again became disillusioned at the way in which this beautiful and migrationally important part of southern Europe was succumbing to the greed of developers. Two localities close to my heart are Ria de Alvor (where I live) and Lagoa dos Salgados ("Pêra Marsh"), one of the most fabulous birding spots on the Iberian Peninsula - it was my desire to help preserve Salgados which prompted the formation of this website as a means of disseminating information to the large number of visiting British birders who visit this location annually and are concerned for its future and well-being.